Daredevil is a physical DPS marksman, commonly known as DD.

Let me go ahead and say that I am not a big fan of DD and would not recommend her to your first team. Her abilities are not bad, but my assessment of her is that you don’t have to go out of your way to choose her out of the many DPSs available.

Also, unlike K’arkh and others, Daredevil does not have high firepower. So you can pair her with Nebula or Sebastian to increase her firepower.
We have two Health skins in a row to improve her fragility, and if she can’t be used without that much skin boost, why not just use another hero? 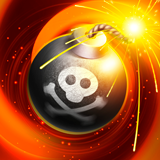 Throws a bomb at the center of the enemy team. The explosion deals damage to the affected enemies, sets them on fire for 7 seconds, and pushes them away.

The amount of pure burning damages in the skill description is not for every single damage, but the total damage for 7 seconds. It is pretty sad to see just a little 700~800 burning damages in a maxed-out state where Health can be over 1 million if the target is a tank. 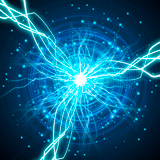 Electrocutes the nearest enemy, dealing damage. The target and other enemies close to them are stunned for 1 second, and their attack speed and movement speed are decreased for 3 seconds.

I would have liked the stun time to be at least 2 seconds, if not 3 seconds.

The cooldown is 8 seconds, so it may be okay, but the fact that only 1-second stun duration makes this skill so-so skill. Being able to abort an enemy’s actions is a good thing, though. 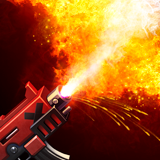 Fires an incendiary shell at the nearest enemy, dealing damage and setting them and other nearby enemies on fire for 5 seconds.

It is almost the same skill as the 1st skill. 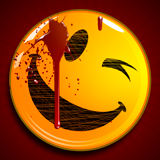 Daredevil ignores a portion of the armor of enemies she has set on fire.
Ignores 35,717 (30% Physical attack + 80 * Skill Level + 3,200) armor
Even with this skill, the enemy’s armor cannot be reduced to below zero.
It penetrates the armor of the burning enemy, meaning the targets of the 1st and 3rd skills.

By the way, these burns cannot be extinguished by Sebastian’s skill.

4 > 1 > 2 >= 4
If you are planning to have a team with only Daredevil for DPS,  it is impossible without maxing them all out because of the lack of firepower.