Satori is the high-powered magic DPS.

If you’re playing the mobile version, making Satori the main team’s DPS isn’t a bad choice.
In the mobile version, after the introduction of the Highwaymen shop, you can easily get the Stone, so if you’re a non-paying or micro-paying player, he’s definitely the first candidate for your team’s DPS.

In the other hand, in the facebook/web version, it is hard to get his soul stone.
Satori is actually very powerful in boss fights in Adventure(it’s only in FB/web ver). Especially when Orion is the boss so on A3, A7, and A11, Satori is very useful (Satori is counter to Orion) and if your Satori’s power is over 100,000, you can beat the boss of A11 by one shot.

Other status tables are also attached, so please check it for more information.(click to enlarge)

If you are going to use Satori, you should understand how Fox Fire Marks works. Fox Fire Marks are small purple marks that are attached to enemies by Satori’s basic attack (1st skill), 2nd skill, and 4th skill.
When Satori activates his 1st skill, he summons the foxes. Then these foxes will run to the Fox Fire Marks and deal as much damage as the number of Fox Fire Marks.

(50% Mag. atk. + lvl * 150) 58531 maximum
[Passive]The hero’s base attacks deal magic damage and apply Fox Fire marks to enemies.
[When activating this skill]When the skill is activated, the enemies take damage for each mark applied to them.

[Passive]Attach Mark of Fox to enemies that have been hit by every basic attack.
Additionally, every time he does a basic attack, he attaches one Fox Fire mark to an enemy. Basically, Fox Fire Marks will be attached by this passive skill and the 2nd skill.

[When activating]Deal big damage to the enemies who have Mark of Fox.
Furthermore, this skill can deal huge damage to enemies. When the skill is activated, if there are any enemies who have Fox Fire marks, the foxes will run to them and the foxes deal damage for a number of Marks.

This skill just works as described. Attack all enemies and attach 1 Fox Fire marks to each of them. If Satori’s Magic Penetration is high, he can damage decently to the enemies by this skill.

9 Fox Fire marks to enemies each time they gain bonus energy.
(The energy gained from damage dealt to a hero, using a base attack, using a skill, or killing an enemy is not considered bonus energy.)
The chance to apply Fox Fire Mark is lowered if target’s level is above [skill level].

If there is/are “hero who gain Bonus Energy by their skills” in the enemy, each time they gain Bonus Energy, they will be marked with 9 Fox Fire marks.
This skill can be very effective against specific heroes. Specifically, against K’arkh ( for 2nd skill), Jorgen (for 4th skill), and Orion (for 4th skill), Andvari’s allay who get barrier by his 4th skill. Every time they activate one of these skills, you can put 9 Fox Fire marks on them. So Satori can be a pretty nice counter to them.

It’s hard to tell the Fox Fire Marks apart in battle, but you can easily tell them apart against them. I tested for Jorgen and Orion, who is the target of this 4th skill.

Of course, they will be knocked out instantly in this situation.

If you’re short on gold, the 2nd skill is the one you need to put the most effort into, followed by the 1st skill.
This is because if your 2nd skill level is insufficient, Satori will not be able to attach Fox Fire Mark to the entire enemy. It causes this to cause a fatal drop in striking power.

And 3rd and 4th are not a requirement to win a fight in general. (The higher the better, of course.)
You should raise your 4th skill when facing an enemy who has the Energy Gain skill.

Cybernetic > Default
Satori is positionally prone to dies fast. And if Satori, your primary firepower, dies fast, it becomes so difficult to take down the enemies. So, I recommend you to get a Cybernetic skin first… it is a paid skin though.
The default skin also helps to increase firepower and should be grown, but the first priority is definitely Cybernetic skin.

Magic Pen > Magic Attack >= Armor >= Intelligence >= Health
Basically, the first thing you need to do is raise Magic Penetration to penetrate your opponent’s Magic Defense.
If you don’t already know the importance of Penetration in this game, check out the following article. 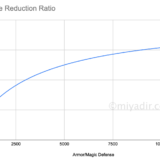 The other four are on a case-by-case basis, but they are all important.
For example, if your Satori doesn’t have enough offensive power, increase its offensive power by Intelligence and Magic Attack, and if Satori is going to be taken down before you defeat your opponent, increase Armor and Health to make him tougher. 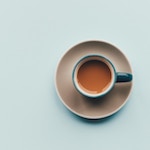 What is an Artifact? But if Satori’s Magic Pen is not sufficiently developed by Glyphs or Color, you may need to upgrade 2nd for Magic Pen.

A good tank for Satori would be an Astaroth for the ability to revive.
If you will fight against magic team, I think Cleaver is the better choice. Cleaver’s 1st skill can pull the magic heroes behind the enemy to the front, and Satori’s 3rd skill can be used effectively. (Stealing Intelligence by Basic Attacks).
If your opponent is a Twins combo, it might be tougher if your tank is not Andvari.

For support, I recommend Jorgen (A1: Magic Attack) or Nebula. If you are teaming up him with Nebula, be sure to activate Satori’s 1st skill when Nebula’s ball is attached to Satori.

Martha would be more stable if you put on a healer.
If you want to add offensive power to your team, I would recommend Orion (A1:Magic Pen), but you could also add Maya (A1 Magic Defense) for another DPS, support, and some healing. (She is support hero but also will do great pure damage)

Don’t team up with Faceless as it has low synergy, unlike K’arkh. If Faceless copies Satori’s skill after Satori’s 1st skill activation, it will not deal any damage due to the lack of Fox Fire Marks.

As explained in the 4th skill section, these heroes will get a lot of Fox Fire Marks attached, so Satori is a counter to these heroes. But be careful in the case of K’arkh, because in many cases K’arkh will take him down before he take K’arkh down.

Don’t fight to Cornelius. His 1st skill can kill Satori by 1 shot.

And if you are playing on Facebook/web version, Sebastian is 100% Counter to Satori on those platforms.(Skill efficacy is slightly different from Mobile) Sebastian’s 1st skill can eliminate Fox Fire Marks so Satori will be useless against Sebastian.

Satori is a slow starter hero. Satori cannot do massive damage to his enemies unless he puts Fox Fire Marks on them. So he will only be useful in the middle to the late phase of the fight (around 40 seconds after the start of the fight).
So, Satori is often outnumbered by fast teams like Keira. Even if the fast-attacking team deals a lot of damage to Satori, and his Energy fills up soon after the fight starts, Satori’s 1st skill activation cannot do much damage because Fox Fire Marks are not sufficiently attached to the enemy on an early battle.