He is a hero who joins you very early in the game, in the tutorial, and can be useful for a long time until the end of the game, so if you want to play the game with cost performance, I think Astaroth is a good choice as your main tank. Especially if you are a F2P(Free to Play)player, Astaroth is the best choice.

He’s pretty weak in the early game, but never mind.

Astaroth is a fragile hero at the beginning of the game because of many reasons. First, the luck of useful skills on early game(his best skill is 4th skill) and also, in the beginning, maybe you don’t know what status you should upgrade.

Perhaps as you play through the game, you’ll find yourself thinking, “He(This site) recommends Astaroth, but he’s so weak. Is he going to be that strong? ”

Yes, he can be one of the best Tanks in the middle to end game.

In the early game, you don’t have many heroes, so you may have Galahad behind Astaroth as double tanks, which is another reason why you may have doubts about Astaroth’s strength.

Galahad is also not that tough, but since Astaroth is always attacked in the first position and down first so people may think that Astaroth is fragile.

There are many cases where the campaign becomes two stars instead of three stars because of Astaroth’s death, so many people may start to wonder if Astaroth is strong or not. (I was the same.)

But don’t worry, Astaroth is strong after improving Armor status properly. When I counsel about teams on the forum or discord, I often recommend Astaroth as the main Tank than Cleaver, Aurora, or Corvus.

Perhaps another reason for the suspicion of Astaroth’s weakness is his third skill (that is, passive skill) activates on its own when he turns blue. This will be explained in the skills section.

There are four advantages to using Astaroth.

I will explain each of them later. Deploys a shield that prevents physical damage. The remaining Health of the shield is displayed as a white bar below the Health, and the damage is shared by the entire team. Even if you max out the status, the damage he can prevent is only 76777, so it’s not that powerful.

In comparison, Jorgan’s second skill can prevent 64,145 damage against all damage attributes (physical, magical, and pure), so considering the number of times it can be activated, Jorgan’s shield is superior.

So, you shouldn’t expect so much from this skill. Astaroth spews a flare of hellfire, burning up some of the energy accumulated by the furthest enemy.
Energy burned: 38 (0.1 * Skill Level + 25)%
If the opponent’s level is above 130, the chance to burn their energy is decreased
Cooldown: 16 seconds

This is a skill that lowers the energy (the bar you save for the first skill) of the farthest enemy. This is not a very useful skill since the DPS you want to reduce the energy of are not often at the end of the line. 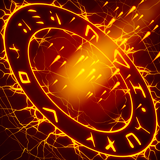 This is a beneficial skill.
It’s a passive skill that allows Astaroth to take the physical damage of the lowest health hero instead.
At 130 skill level, you can have Astaroth take 48% of the damage, which is almost half of the damage.

DPSs are basically easy to die, so having this passive skill active all the time will overwhelmingly increase the chance of survival for DPSs and other fragile characters.

Conversely, this skill is always active from the moment the color turns blue, so if you don’t know about this skill, you might think, “Astaroth is so easy to die, damn, he is such a bad tank.”

In the video, you can see Astaroth taking the damage of Sebastian, whose HP is at its lowest. The damage that Sebastian should have taken was originally 25138, but it is now 13072 damage after subtracting 12066 (48%) damage. 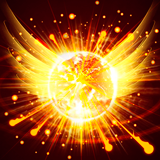 Once per battle, Astaroth resurrects a fallen ally (or himself).

This is a skill for resurrecting. This skill can only be used once during a battle but is extremely useful.

There are a few cases where a character will go down again immediately after being resurrected because of the low recovery amount of Health. But since fragile heroes usually have high firepower, sometimes the DPS resurrected by this skill will be the clincher of the battle.

Note that the status affected by Lunar skin is different between mobile and browser versions.

However, if you are a non-paying player, it is better to start with the default skin.

Astaroth is a tank, so his Glyphs priority are Armor and Magic Defense. Magic Attack does not need to be prioritized that high. It affects the power of his skills, but the Magic Attack value that Astaroth gains by Glyphs does not have a fatal effect in battle. It would help if you waited to upgrade it until you have finished upgrading other heroes like DPS’s major Glyphs before upgrading them.

#2 is by far the most important priority.
#1 is also important, but it’s fine to upgrade it after upgrading the DPS Penetration artifact.
As for #3, I’m not sure. There is nothing wrong with upgrading it, but it is better to do it after DPS’s Artifacts.

Astaroth fits in well with any team, not only physical and magic teams but also critical and pure teams. He is a kind of universal Tank.

He is a hero who joins you very early in the game, in the tutorial, and can be useful for a long time until the end of the game, so if you want to play the game with cost performance, I think Astaroth is a good choice as your main tank. Especially if you are a F2P(Free to Play)player, Astaroth is the best choice.