Cain is the pet for Dodge heroes.

Cain’s most unique feature is his Patronage skill, which allows the hero he is patronizing to gain up to 35% bonus energy when they successfully dodge. (this skill will be activated after purple)

Because of that skill, when doge heroes in the front, such as Aurora, Yasmin, and Dante, dodge the basic attacks of the enemy, they gain bonus energy, again and again, allowing them to activate their skills consecutively.

Heroes such as Aurora and Dante, whose #1 artifact buff is increasing dodge rate, will benefit the most. When they successfully dodge, the artifact buff increases their dodge rate, and they will dodge, again and again, creating a kind of “dodge-skill-doge loop.”

Aurora is a tank, but there are many cases where she can do more damage than a poorly trained DPS if she has a properly trained Cain as a patron. (However, that combo is also easier to be countered by Isaac, so it cannot be said that this is only a benefit.)

Heroes that Cain can patronize

The order is in order in a battle.

These skills are used when Cain is used as the sixth member in the battle. 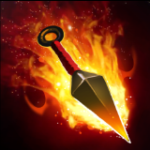 Incidentally, Cain himself can raise the armor penetration to 47,911, so basically, the Armor of the enemy tank can be reduced to 0. However, be aware that Cain’s knife can be extremely ineffective when the opponent’s tank or other heroes whose Artifact #1 buff is Armor are activating their Artifact or when they are boosting their Asgard status to a high level.

Since this is a passive skill, there are no effects during the battle, and the status is increased from the beginning of the battle. 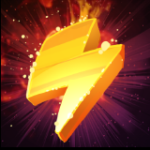 This skill is unlocked when Cain’s color reaches purple or higher. In the video above, you can see Aurora’s energy accumulating at a great rate as she successfully dodges.

Personally, I think Cain exists almost for this skill.

Cain’s training should aim to get at least a 20% bonus on the purple skill (Dark Patron).

If your Cain has just become purple, he will probably be around three stars and most likely have bonus energy of purple skill about 10% or so. However, to be honest, I think it is difficult to feel the benefit of this skill if the bonus energy gain is only 10% or so. If you want to get a good benefit from this skill in battle, it would be better to raise the bonus energy to at least 20-25%.

However, this assumes that you have a dodge hero on your team who is in a very forward position in battle, such as Aurora or Dante; if you put Cain on like Nebula, Heidi, or Jet, who is in the back, it is harder to benefit from purple skill because they are attacked less often. So if you patron Cain to these heroes, you don’t have to work that hard to train Cain, so put your resources into training other pets.

Benefits by VIP and the level y…