Dorian is a healer with a vampire motif.

He has some vampiric skills, like attacking enemies and healing allies for the damage he dealt, but I think the trickiest one is skill #4. That skill gives Vampirism status to a nearby ally, and the skill effect lasts even after Dorian is down. Sometimes it happens that only one DPS survives with the Vampirism status and blows up all of the opponents. ( I’ll explain in more detail later with a video.)

By the way, except for skill #3, all other skills are not status-dependent but skill-level-dependent, so Dorian is a hero that can be somewhat useful just by raising his skill level.

Dorian’s soul stones are hard to get 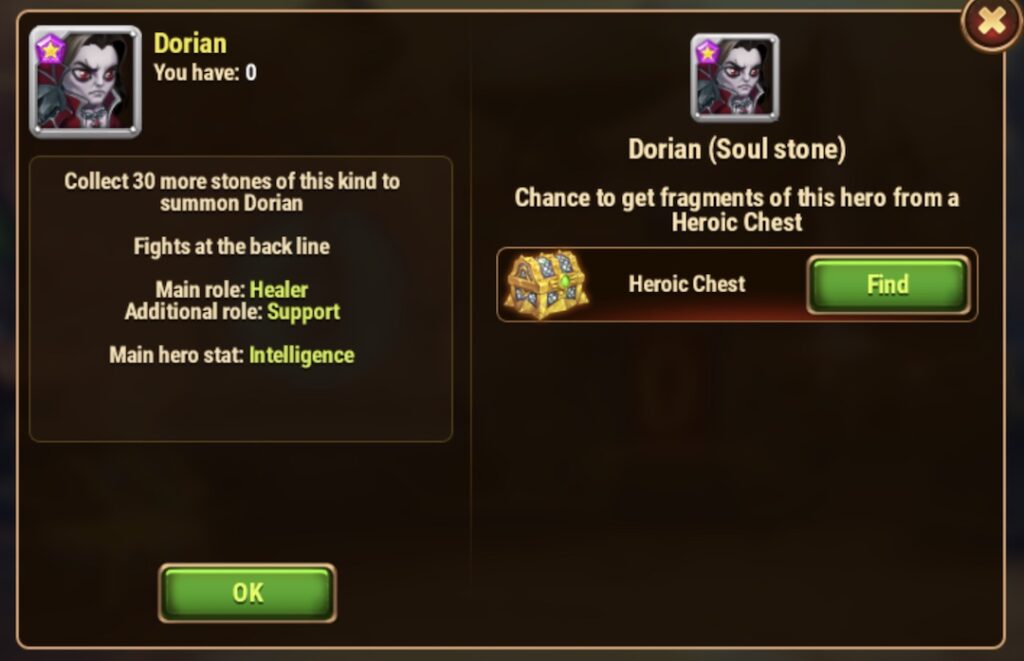 Dorian is one of the hardest heroes to get Soul Stones in the game.

Basically, the only way to get them is through Heroic Chest, and unlike other heroes, you can’t buy them in Shops like Tower Shop, where you can buy five stones at a time by coins, etc. 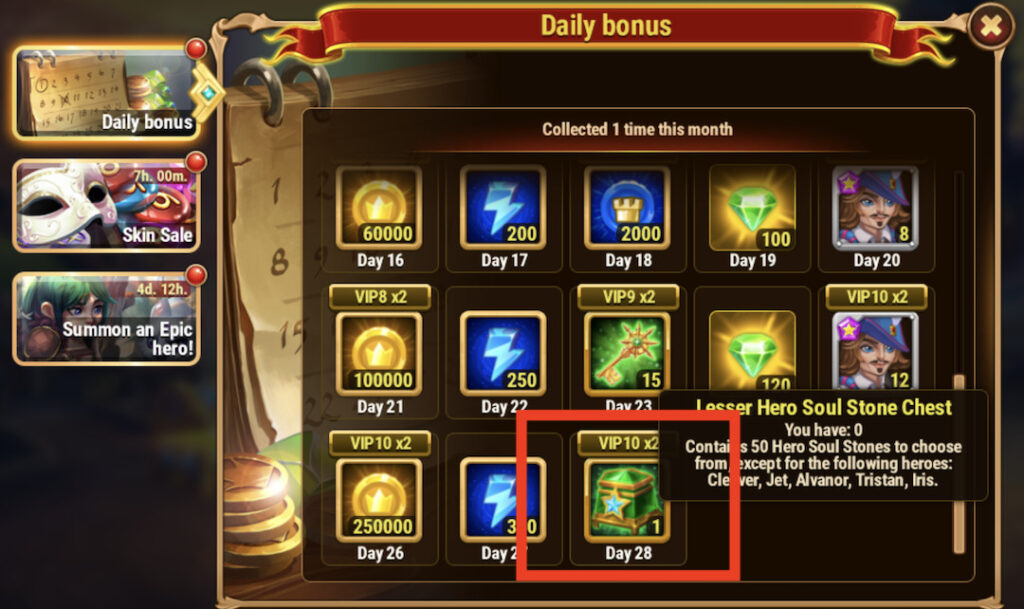 Another option is the Lesser Hero Soul Stone Chest, which gives you all the stones except for Cleaver, Jet, and the newly implemented heroes.

That is basically a daily bonus that you get once a month on day 28, and you get 50 pieces (2 chests for VIP 10 and above). The Hero Soul Stone Chest also can be obtained at bigger events, but even with that, making Dorian  6 stars is quite difficult compared to other heroes.

The Hero Soul Stone Chest (Large/100 pieces) is easy to get during the Summer and Halloween events in June and October. If you start this game during or around these events, it will be easier for you to raise their stars. 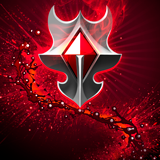 Casts a blood mark on the nearest rival for 7 seconds. Allies recover health whenever they attack a marked enemy.

This is a skill that activates against “the enemy closest to Dorian,” so it basically activates on enemy tanks. Allies who attack with this “blood mark” will be able to heal themselves based on the damage they dealt. 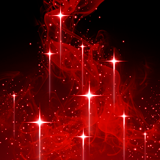 Dorian sacrifices 20 (20)% of his current health and heals an ally with lowest health.

In the video here, you can see Dorian sacrificing his Health for 72,453 pure damage and healing Astaroth for 119,547, 1.65 times the Health he sacrificed. 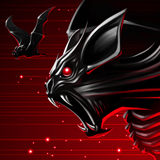 Releases a flock of bats which hit the opponents twice. When returned to the owner, they replenish his health at the 100 (100)% amount of the damage done.

This is the only skill that is not skill level dependent but status dependent.

This skill looks like an excellent skill, but since Dorian doesn’t have Magic Penetration status, he can’t do much damage unless combined with a magic DPS that has Magic Penetration artifact on #1. Combine with heroes like Orion or Lars to maximize the effect. Increases Vampirism of nearby allies

In this video, Keira, who has no “Vampirism” or “Heal” skill, is given “Vampirism” and heals herself simply by basic attacks.

In this way, this skill “grants” Vampirism status to heroes who do not have it. Personally, I think this is Dorian’s most unique ability.

And this skill lasts even after Dorian is down.
When you have this skill on your DPS, you will have a situation where you can take damage and heal instantly and cannot be defeated.

Conversely, that kind of “DPS self-healing” will stop when the attacks stop. So if your opponent has Dorian, and you have to be careful that the enemy’s DPS will go into infinite Vampirism-healing with this 4th skill, you can defeat them relatively easily by adding a hero with a stun or charm skills to stop that DPS.

Please note that this skill targets the closest ally and if the location is moved by some skills such as Cleaver’s one or Lars’s, the effect will be reset.

By the way, heroes under the effect of this skill will have a faint pink shadow around their feet.

#4 and #2 are important.
If the DPS of the team is a hero that attacks the enemy in front with heavy damage (e.g., Ishmael, etc.), then you should actively raise the #1 skill as well. Also, if you want to have an advantage in campaign mode, raise #1.

As for #3, if you have a hero on your team whose artifact #1 is Magic Penetration, you should upgrade it, but if not, it’s not a high priority

Dorian’s skills are skill level-dependent, not status-dependent, so he is basically a ” just stay alive is ok” hero.

This is the same priority as skins. Surviving is the most important priority for him.

Dorian’s artifacts have an unusual configuration: artifact #1 is “Physical Attack,” which does not match either his main status (Intelligence) or his skills.

So, unless the DPS of the team is physical DPS, there is almost no need to increase the #1 artifact. On the contrary, if you are going to have Dorian in your physical team, you should actively raise #1 as it will create synergy.