This article provides information about Black Friday, an annual event that takes place in Hero Wars.

What is Black Friday?

If you’re not a United States citizen, you may not know what Black Friday is. Black Friday is a sale day of US origin and takes place on the day after a holiday called Thanksgiving, which is the 4th Thursday in November.
Hero Wars also has a Black Friday sale. 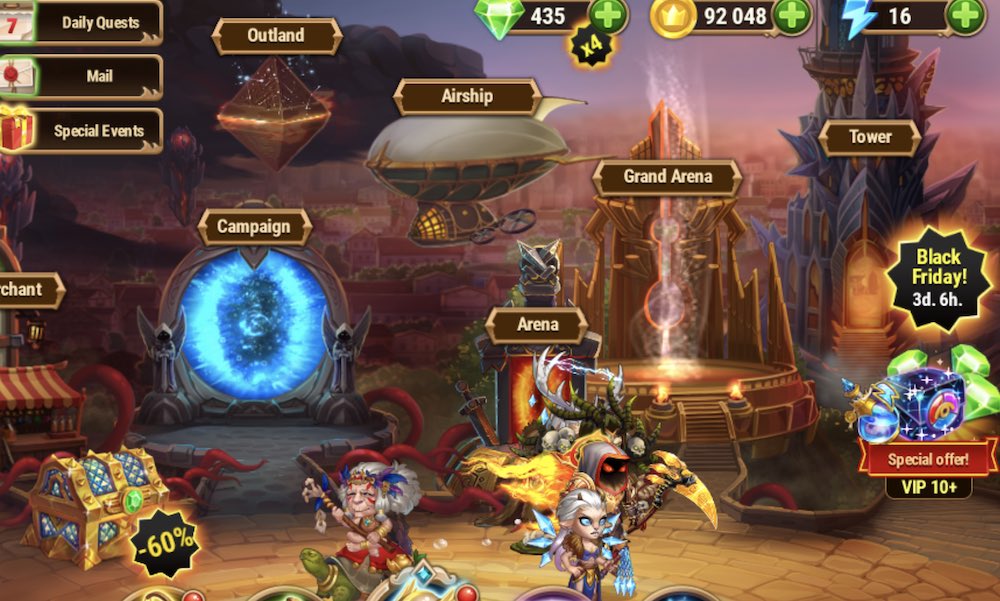 It’s an almost irrelevant event for those who don’t pay for this game.
Black Friday in Hero Wars is the event of a combination of “x4 events” and “discounts on Heroic Chest and other items”.
Unlike the other events, there are no “Event Quests”, so you won’t find them in the “Special Events” section on the menu.

Things that are cheaper on Black Friday

Now let’s take a look at what will be cheaper during this event. 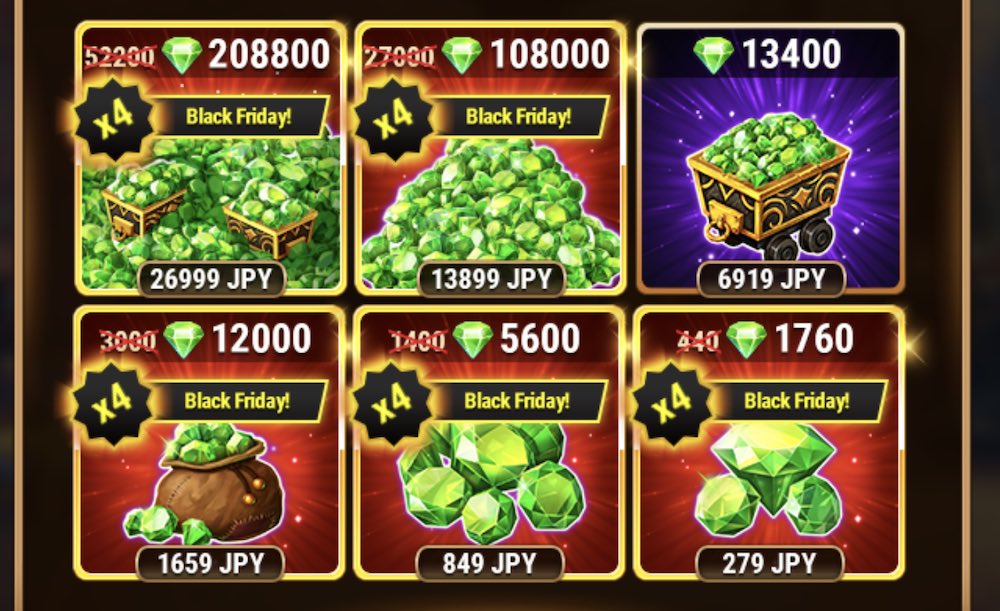 There’s a sale on gems, but it’s no different than the usual x4 events. Even though Black Friday in real life is supposed to be a big sale day, this in-game discount rate remains the same as usual. It’s a big sale day and everyone wants it to be x5, but Dev is being stingy.

There is only one advantage of gems sale: it’s easy to schedule your gem consumption before Black Friday. 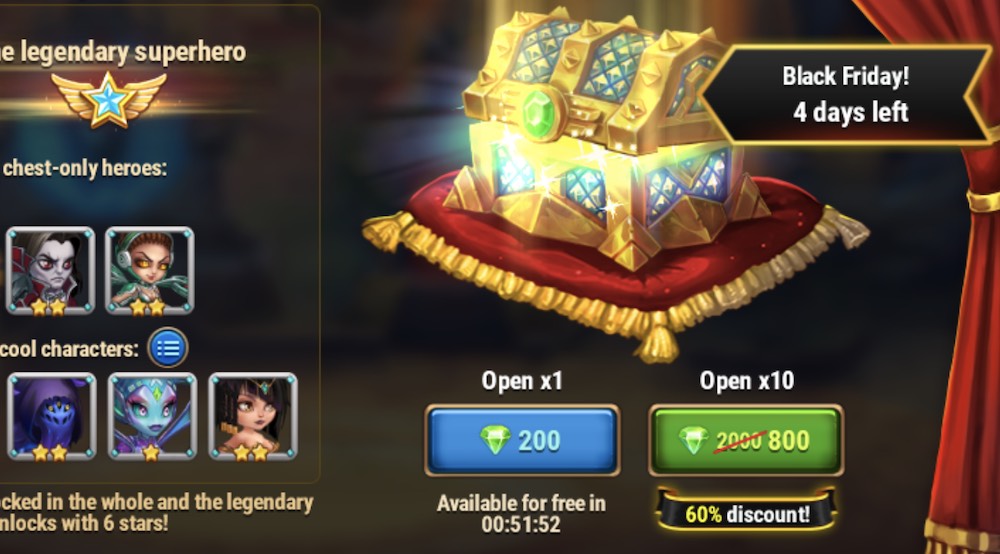 Discount rate: 60%
You will be able to draw Heroic Chest 10 times for 800 gems, which normally costs 2,000 gems. If you don’t have Cleaver yet, or if you want 50,000 soul coins from the Soul Shop, this might be worth spending Gems on. 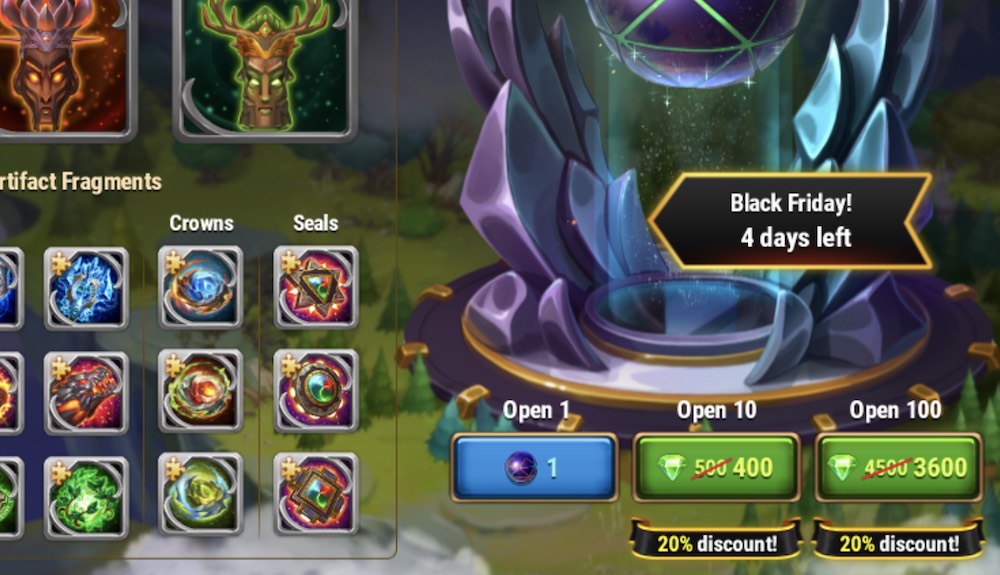 Discount rate: 30%
If you’re trying to boost your Titan star, this could be a good choice.
Or if you’ve already unlocked Titan’s Soul Shop and need gold, it might be more cost-effective to get the Soul Stones from Titan Summoning and buy gold with them during Black Friday.
But for those who belong to an active guild, there’s no need to force yourself to summon the Titan Sphere, as you can get them every day. 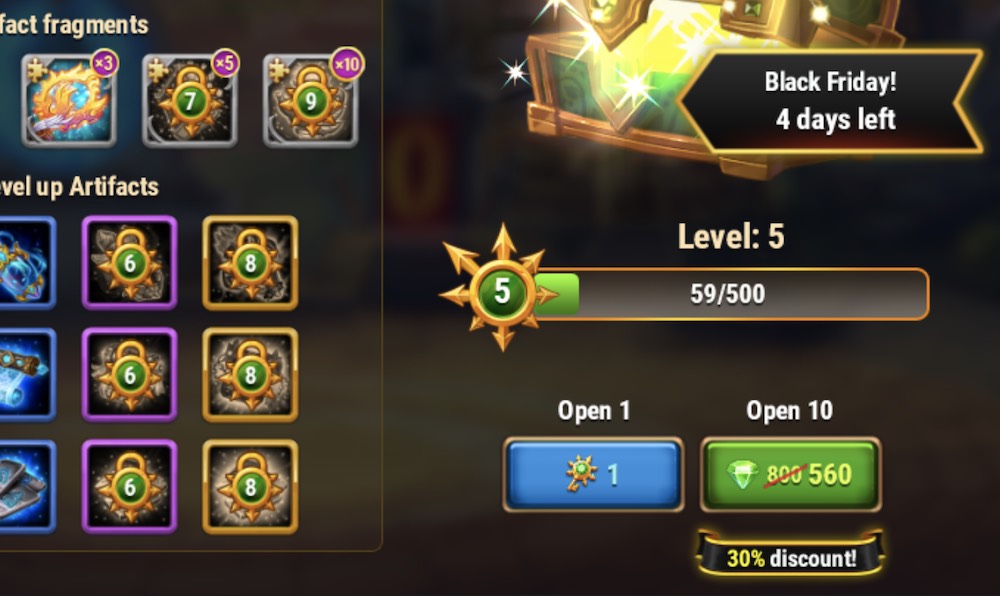 Discount rate: 30%
It wasn’t a good deal on Black Friday 2019.
However, since 2020, the Artifact Chests system has changed and you will certainly get a large number of Artifact Coins for each level of Chests.
So, I think these chests are worth pulling out on Black Friday. 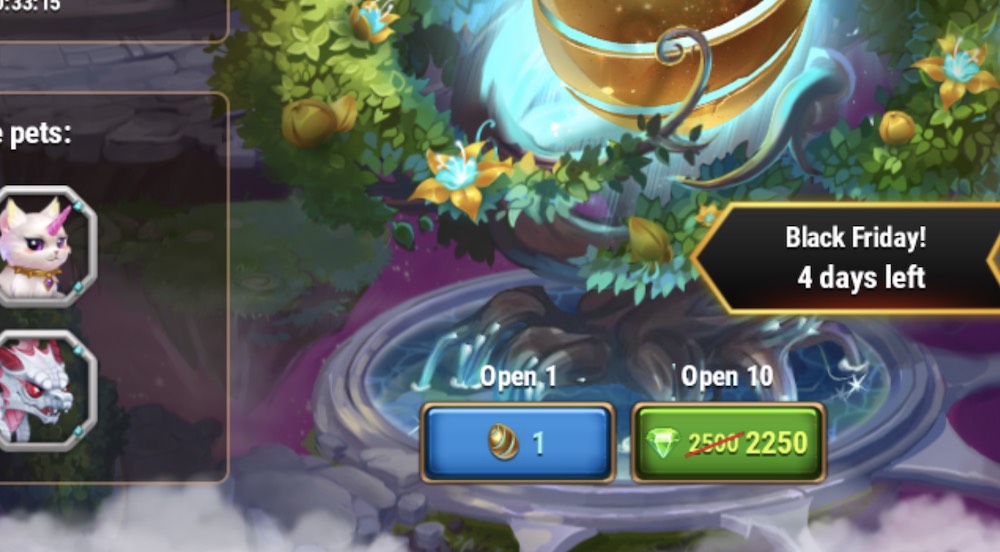 There are three reasons for this.


That’s crazy!
This is definitely the worst charging system in the game. That’s disgusting.

The number of stars is important for totems, but for pets, the number of stars is not that important. It takes 1710 stones to upgrade a pet to 5 stars, and more 2000 stones to turn it from 5 to 6 stars. Fortunately, the difference of 5 or 6 stars for pets is slight compared to heroes and titans. So if you can make it to 4 or 5 stars in the long term, don’t waste your money on it.
I don’t think it’s necessary to do this Eggs summoning for 10% off( 2250 gems). If your Black Friday discount rate is 30% for the year you’re reading this article, maybe it’s worth considering. 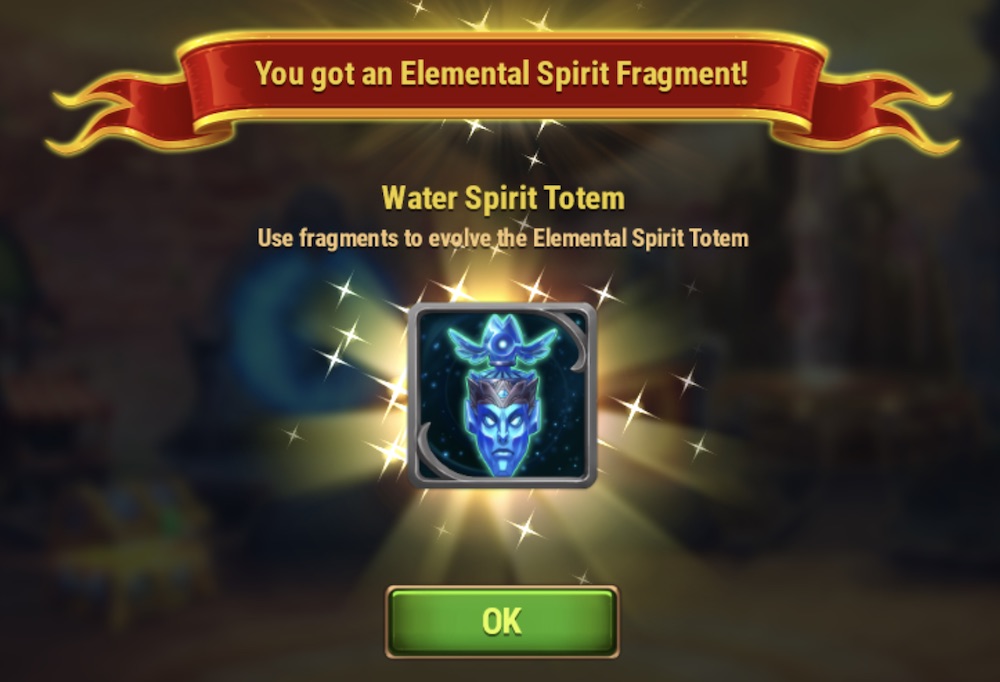 There is a payment-related quest called Unlock 10 Heroic Chests with a single tap, which will give you 2000 gems for completing it. This means that you will spend 1500 gems on 10 Heroic Chests and receive 2000 gems. During Black Friday, this will be “800 Gems for 10 Heroic Chests and get 2000 Gems”, so the 500 Gems you would normally get for free will increase to 1200 Gems.
There are similar quests for artifact chests and the like, so if you haven’t done these quests yet, Black Friday is a very good value event for those of you who haven’t done them.